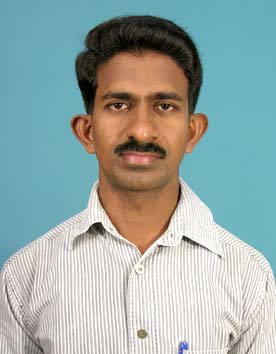 Dr. R . S. Raja Durai is currently an Associate Professor in the Mathematics Department of JUIT (2013-present). He joined the institute as an Assistant Professor in 2008. He received his bachelor's degree (Loyola college) and master's degree (IIT Madras) in Mathematics in 1997 and 1999, respectively. In 2004, he completed his doctoral research in the field of Algebraic Coding Theory from Department of Mathematics, Indian Institute of Technology Madras. He has then carried out his first post-doctoral research on sequence design for mobile and wireless communications under the supervision of Prof. Naoki Suehiro at the University of Tsukuba, Japan. His second post-doctoral project was a research-cum-implementation work on distributed video coding with IRISA/INRIA, France. He is primarily interested in the research and implementation of his research work to real channels.

As a co-investigator, an ABSA (South Africa) research grant of R50000 (INR 2.5 Lac approx) has been approved for the calendar year 2020 to carry research on the following topic: “Construction of T-Direct Codes using an Almost Self Dual Basis”.