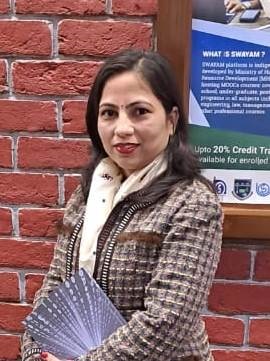 1. Fake Review Detection
Fake reviews seem to be everywhere these days, leaving customers unsure of which products or businesses are any good. Whether you’re shopping on Amazon, checking out a restaurant on Tripadvisor, or reading about a potential employer on Glassdoor, there’s always a risk that the reviews you’re reading are fake. One of the reasons why fake reviews can be so hard to spot is that they come in various forms. They mainly form two main types: human-generated fake reviews and computer-generated fake reviews. However, both human-generated and computer-generated reviews can be positive or negative in sentiment, and can be aimed at both increasing or decreasing the overall rating, or boosting the total number of reviews to help add credibility to the score.

2. Crop Yield Production
Crop yield is a standard measurement of the amount of agricultural production harvested yield of a crop per unit of land area. Crop yield is the measure most often used for cereal, grain, or legumes; and typically is measured in bushels, tons, or pounds per acre in the U.S. To estimate crop yield, producers usually count the amount of a given crop harvested in a sample area. Then the harvested crop is weighed, and the crop yield of the entire field is extrapolated from the sample. Crop yield can also refer to the actual seed generation from the plant. For example, a grain of wheat yielding three new grains of wheat would have a crop yield of 1:3. Sometimes crop yield is referred to as "agricultural output."

3. Fault Tolerance in Fog Computing
Fault Tolerance simply means a system’s ability to continue operating uninterrupted despite the failure of one or more of its components. This is true whether it is a computer system, a cloud cluster, a network, or something else. In other words, fault tolerance refers to how an operating system (OS) responds to and allows for software or hardware malfunctions and failures. The goal of fault-tolerant computer systems is to ensure business continuity and high availability by preventing disruptions arising from a single point of failure. Fault tolerance solutions, therefore, tend to focus most on mission-critical applications or systems. Fault-tolerant computing may include several levels of tolerance:

4. Machine Translation
Machine translation is the process of using artificial intelligence to automatically translate text from one language to another without human involvement. Modern machine translation goes beyond simple word-to-word translation to communicate the full meaning of the original language text in the target language. It analyzes all text elements and recognizes how the words influence one another. The idea of using computers to translate human languages automatically first emerged in the early 1950s. However, at the time, the complexity of translation was far higher than early estimates by computer scientists. It required enormous data processing power and storage, which was beyond the capabilities of early machines.